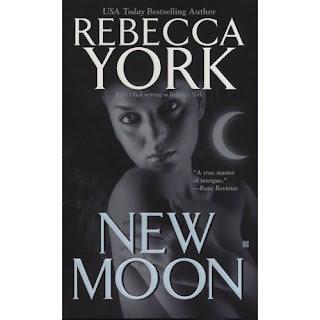 It's in one man's true nature to remain by the side of the woman he loves, rather than live without her in his own universe...

Landscape architect Logan Marshall is out for a jog-in his werewolf form-when a trap catches his paw. As it saps his strength, he is saved by another werewolf, who-to Logan's amazement-is female.

Female werewolves aren't supposed to exist. But Rinna is a shapeshifter from another dimension who's traveled through a portal to this world. And the trap that ensnared Logan was set by her former captor, and meant for her...

But as soon as Rinna and Logan touch, an electrifying bond forms between them. Unable to resist his desire for Rinna, in all her many forms, Logan will have to earn her trust, and travel through both dimensions to save her-and earth-from the wrath of her enemy...

Ever since she can remember, Rebecca York has loved making up stories full of adventure, romance and suspense. As a child she corralled her friends into adventure games or acted out romantic suspense stories with a cast of dolls. But she never assumed she could be an author, because she couldn't spell. Her life changed, however, with the invention of the word processor and spelling checker--and the help of her husband, Norman Glick, who spots spelling errors from fifty paces away. She has authored or co-authored over 60 romantic suspense novels, many with paranormal elements.

You can see an interview with Rebecca York at

Posted by Chris Marie Green/Crystal Green at 8:30 AM