Down and Dirty, Rough and Tumble, book 2!

Down and Dirty is out today from "Crystal Green"! 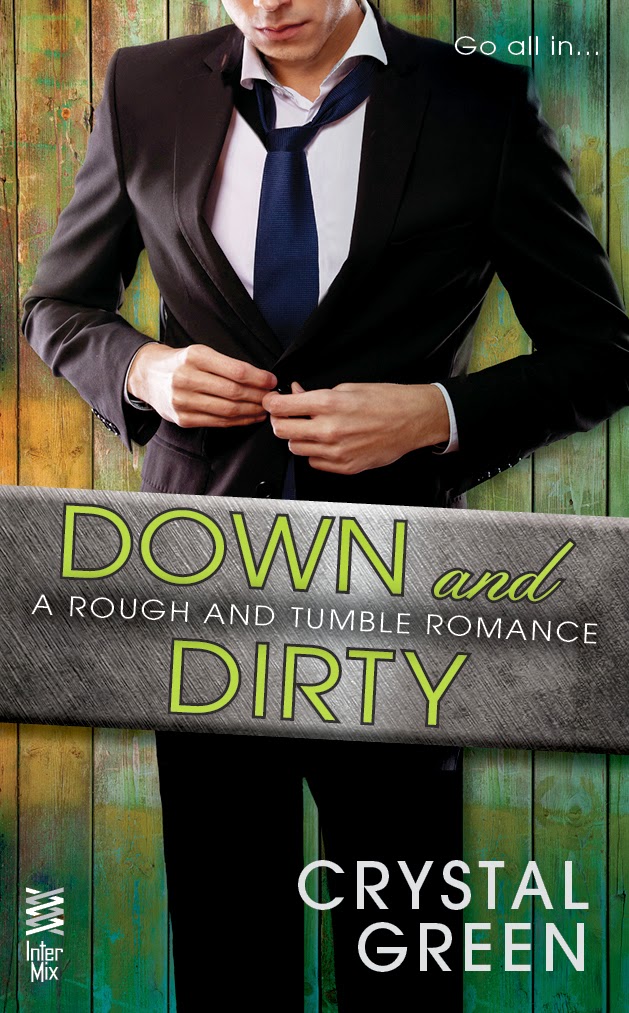 This is the second book in the Rough and Tumble series (the first was Rough and Tumble). This time, you'll get billionaire playboy Bennett Hughes and his woman troubles...


On the outskirts of Sin City there’s a rough and tumble saloon where the women who are brave enough to enter can mingle with men that are equally magnetic and dangerous. And in this town, no one’s afraid to get a little dirty…

Billionaire playboy Bennett Hughes’ black sheep reputation is well-earned, but that doesn’t stop him from wanting the respect of his family—even if it means tracking down his brother’s gold-digging one-night-stand to earn it. But when Ben finds his intended target to be the opposite of what he expected, his chance at redemption ends in an accidental quickie marriage.

Despite her history, ex-showgirl Liz Palazzo believes in love at first sight, something she thought she experienced with Ben. Determined to put her party-girl reputation behind her, Liz vows to be the best wife ever—even if her husband seems set on keeping their union a marriage of convenience.

But as the sparks fly and their connection grows, Ben starts to wonder if Liz might be the one person who can make him a better man—or if the former bad girl just wants him for his money…

Posted by Chris Marie Green/Crystal Green at 7:19 AM