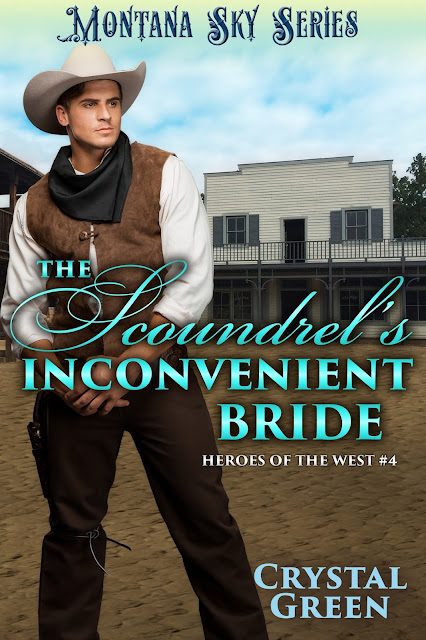 A cowboy who never wanted a wife…

Farrell Chadwick is many things—a ranch hand on the Golden C near Sweetwater Springs, a rake from England, and a man born on the wrong side of the blanket. What he most definitely isn’t is a willing husband, and not even a forced wedding at the point of a pistol will change that.

But every day Farrell spends with his new bride is a trying day. She’s sweet, innocent, and sorely tempting to a man who’s determined to somehow untangle himself from the marriage trap!

This sweet 21,000 word novella takes place during the time of Debra Holland’s BENEATH MONTANA’S SKY.
Hopefully this little ol’ novella will tide you over until the next Heroes of the West story on November 2!
Posted by Chris Marie Green/Crystal Green at 5:25 AM No comments:

Welcome! In my Crystal Green newsletter, I promised you a caption contest with a prize. One caption for the picture below will be chosen at random to win a signed copy of Judy Duarte's sweet contemporary A Bride for a Blue-Ribbon Cowboy!

Please leave your caption in the comments section. This contest ends Sunday, July 16, 2017, at 9am PT.

Have fun, and here we go! 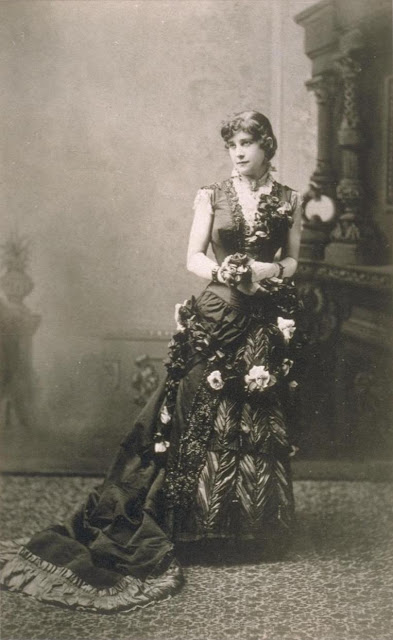 Posted by Chris Marie Green/Crystal Green at 10:15 AM No comments:

Hi! This is for the wonderful writers at the EVA Writing Retreat. Here are some song suggestions for your own Pied Piping the Muse!

“The Yearning/Sirens Suite” (whimsical romance, heroine) from the Sirens soundtrack by Rachel Portman

“La Resa Dei Conti” by Ennio Morricone from the For a Fistful of Dollars soundtrack (western epic, action)

“Charging Fort Wagner” (epic action/battle) and “An Epitaph to War” (melancholy, epic hero) by James Horner from the Glory soundtrack

“The Raiders’ March” (epic hero) and “Truck Chase”? (action/chase, adventure) by John Williams from the Raiders of the Lost Ark soundtrack

“Anakin’s Theme” by John Williams from the Star Wars, Episode I: The Phantom Menace soundtrack

“Main Theme” from the How the West Was Won soundtrack (epic western, cowboy hero)

“Introduction (Titles)” by Danny Elfman from the Edward Scissorhands soundtrack

“The Imperial March” (epic black moment, menace) from The Empire Strikes Back soundtrack by John Williams

“Flight to Neverland” by John Williams from the Hook soundtrack (whimsy, innocence, adventure)

“Main Theme” by John Williams from the Born on the Fourth of July soundtrack (tragic hero, sadness, heartbreaking reflections)

“Libra Me” by Elliot Goldenthal from the Interview with the Vampire soundtrack (melancholy, horror, vampire, gothic)

“Duel of the Fates” by John Williams from the Star Wars, Episode I: The Phantom Menace soundtrack (epic action/battle)

The Passion of the Christ soundtrack by John Debney and Mel Gibson (hero, inspirational, exotic locale)

Music by Vangelis in general (for instance, Chariots of Fire, Mutiny on the Bounty, Alexander)  (dreamy, exotic)


Posted by Chris Marie Green/Crystal Green at 7:54 PM No comments: