***This giveaway is now closed! Thank you for playing!***

The random winner is Darkmyr K! Congrats! If you click here, you can contact me with your snail mail info so I can send those signed books to you. :)

In my Chris Marie Green newsletters, I told you to come on over here to provide a caption for the image below. (Please leave your captions in the comments section.) One of you will be chosen at random to win a signed copies of various books from different series I've written: The Path of Razors (Vampire Babylon), Blood Rules (Bloodlands, written as Christine Cody), and Another One Bites the Dust (Jensen Murphy, Ghost for Hire).
This contest ends Sunday, August 6, 2017, at 9am PT.

Provide a caption for this... 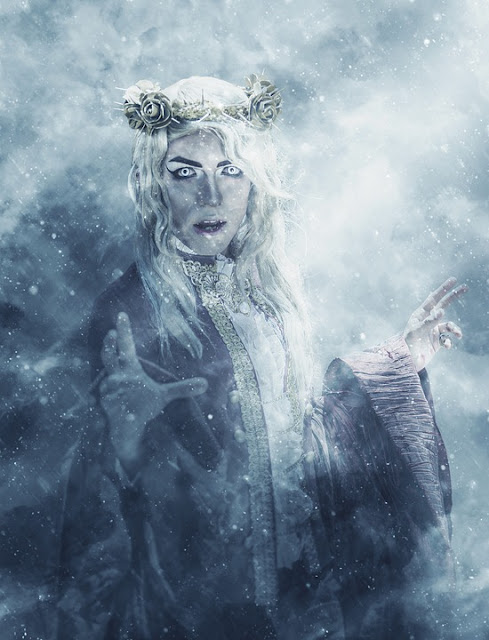 Posted by Chris Marie Green/Crystal Green at 7:00 AM 10 comments:

Buy here! Available exclusively at Amazon in their Kindle Worlds.

A cowboy who never wanted a wife…

Farrell Chadwick is many things—a ranch hand on the Golden C near Sweetwater Springs, a rake from England, and a man born on the wrong side of the blanket. What he most definitely isn’t is a willing husband, and not even a forced wedding at the point of a pistol will change that.

But every day Farrell spends with his new bride is a trying day. She’s sweet, innocent, and sorely tempting to a man who’s determined to somehow untangle himself from the marriage trap!

This sweet 21,000 word novella takes place during the time of Debra Holland’s BENEATH MONTANA’S SKY.
Hopefully this little ol’ novella will tide you over until the next Heroes of the West story on November 2!

Farrell made his way down the street. There were spaces between the buildings with their false fronts, causing Farrell to recall the old, gapped stone fences that used to line the roads in the countryside back on the estate his brothers, his sister, and he had been sequestered on back in England. They hadn’t lived where anyone could see or visit them—their father had kept his mistress and her children in a cottage where he would secretly visit while “hunting.”

Such a model of virtue. The man had made a mockery of his marriage, hardening Farrell to the institution early on. At least that was one thing his father had correctly taught him.

Farrell leisurely walked in the opposite direction of the mercantile. A man in a travel-dusted coat, vest, trousers, and a bowler hat escorted a modest blond wearing a bonnet down the opposite side of the street. Farrell tipped his wide-brimmed hat to them, and the lady’s cheeks grew pink at the smile he leveled at her. The man pulled her along, out of Farrell’s sight as he chuckled to himself.

Yes, bored indeed. So bored that he was craving the amusement that had been escaping him in the saloon.

He greeted others—cowboys from Wyatt Thompson’s spread and a couple more from John Carter’s who were on their ways to join Chuck, Vey, and Old Frank at the saloon—and soon Farrell ran out of the desire to continue. He backtracked toward the mercantile, then leaned against its brick wall, reaching into his shirt pocket to fetch a cheroot, surveying the street for Lord knows what. A distraction? Something to make his day more interesting?

And that’s when he saw her.

She was exiting the mercantile with a wrapped package clutched to her chest. Her black hair was loosely tied back with a slim blue ribbon that seemed about to fall, separating itself from the curls tumbling down her back. Her skin was as pale as cream with a pink flush coloring her cheeks. Under a long coat, her calico dress was wrinkled and dusty, as if she had been traveling, and as she paused on the front step to look round, she took a deep breath and smiled to herself.

It was the smile of some secret delight that only she knew, and it intrigued Farrell more than anything he had seen today…or lately. Had she taken residence on one of the ranches? Or was she passing through?

As she strolled toward Farrell, he tucked the cheroot back into his pocket, enjoying the sway of her hips under her skirts and coat. If he had to pass the time waiting for Newt, he would gladly do it in this way.

When she slowed her steps, glancing at him, he knew he had been caught perusing her a bit too thoroughly.

He tipped his hat to her, offering her a slow grin. “Good day, Miss.”

Most upstanding females round these parts would have sent him an ice-cold glare or a disapproving hmph, and he always took that in stride. The good women of this town only led to one place—marriage. But this one smiled at him, clearly amused while sending him an assessing look right back. A look that burned into him with such frank consideration that it had him enthralled. At least for the moment.

She held his gaze a bit longer, and Farrell’s pulse twisted in his veins.

What was this woman about? She seemed the proper sort, yet…

Just as his blood began to pound, she lifted her chin in the air and passed him.

Farrell blinked. Had he imagined what he had seen? She hadn’t seemed bold so much as curious about him, and now he was doubly intrigued.

As she left him in her wake, the ribbon that had barely been hanging on in her hair fluttered away from her, spinning toward the dirt, and Farrell took that as a sign from the heavens. Within three strides, he scooped it from the air just before it hit the ground. He straightened up and lifted it in front of him.

“Miss,” he said. “You seem to have left something behind.”

He waited for her to turn round as he dangled the ribbon, offering a scoundrel’s dare and nothing more.

Buy here! Available exclusively at Amazon in their Kindle Worlds.
Posted by Chris Marie Green/Crystal Green at 6:28 AM No comments: